Of all the equipment divers use to carry them into the wonders of the underwater world, the buoyancy control device (BCD) may be the one that is most taken for granted. After all, it’s just a fancy vest that holds a scuba tank and gives us a handy place to clip on lights and cameras, right?

This article explores the components of a modern BCD and what they do and explains the importance of devoting just as much care and maintenance to your BCD as you do to your regulator, scuba cylinders, and underwater camera.

The modern BCD originated with a device that early skin-diving books called the “safety vest”. Constructed out of rubberized fabric, its distinctive shape gave the vest its common nickname, the “horse collar” buoyancy compensator. The diver placed the device over his neck—in those days, scuba was assumed to be a masculine sport—and strapped it around his chest in a style similar to the preflight safety demonstrations everyone has seen during airline briefings. Some models employed a small CO2 cartridge for inflation since the purpose of the safety vest was not to adjust buoyancy underwater so much as to float the diver face-up at the surface in an emergency.

Over time, the safety vest was modified to allow divers to add and vent air underwater, permitting buoyancy adjustments throughout the dive. Although the compressed air scuba cylinder was still attached to the diver using a separate harness system, the forerunner of today’s vest-style BCD was born.

Sometimes referred to as a buoyancy compensator (BC), the dive industry seems to use the terms BC and BCD interchangeably. The modern BCD has evolved into a sophisticated piece of diving equipment that performs many functions for the diver. The dive cylinder attaches to it, and there is an internal air bladder that provides surface flotation, while at the same time allowing the diver to trim their buoyancy underwater through the course of the dive. As gas from the tank is used, the tank becomes lighter and more buoyant. Likewise, as the diver descends and ascends during the course of the dive, the gas in the BCD contracts and expands, requiring the diver to make a series of adjustments to maintain proper neutral buoyancy.

Every new diver receives training on the proper assembly and use of a BCD, but many divers—and even instructors—fail to realize how many important functions the BCD performs, Here’s a quick run-down of what you’ll see on almost every style of BCD:

Additional features on some models of BCDs:

In the second part of this article, we’ll look at some of the things that can go wrong with a poorly-maintained BCD, and talk about what goes into a professional BCD service or overhaul. 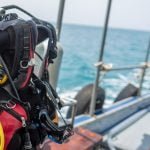